World Class Bartender of the Year 2010, former head bartender at The Savoy’s American Bar and current co-owner of Kwant in London, we’re thrilled to introduce Erik Lorincz, who is also a fervent supporter of London Essence products.

Originally from Western Slovakia, Erik’s first foray into the world of hospitality was behind the bar at a local pub, in his native city of Nitra.
At the time, beer was the default alcoholic drink in this part of the world, but Erik still approached bartending with a kind of meticulous reverence and dedication, which has served him well to this day. 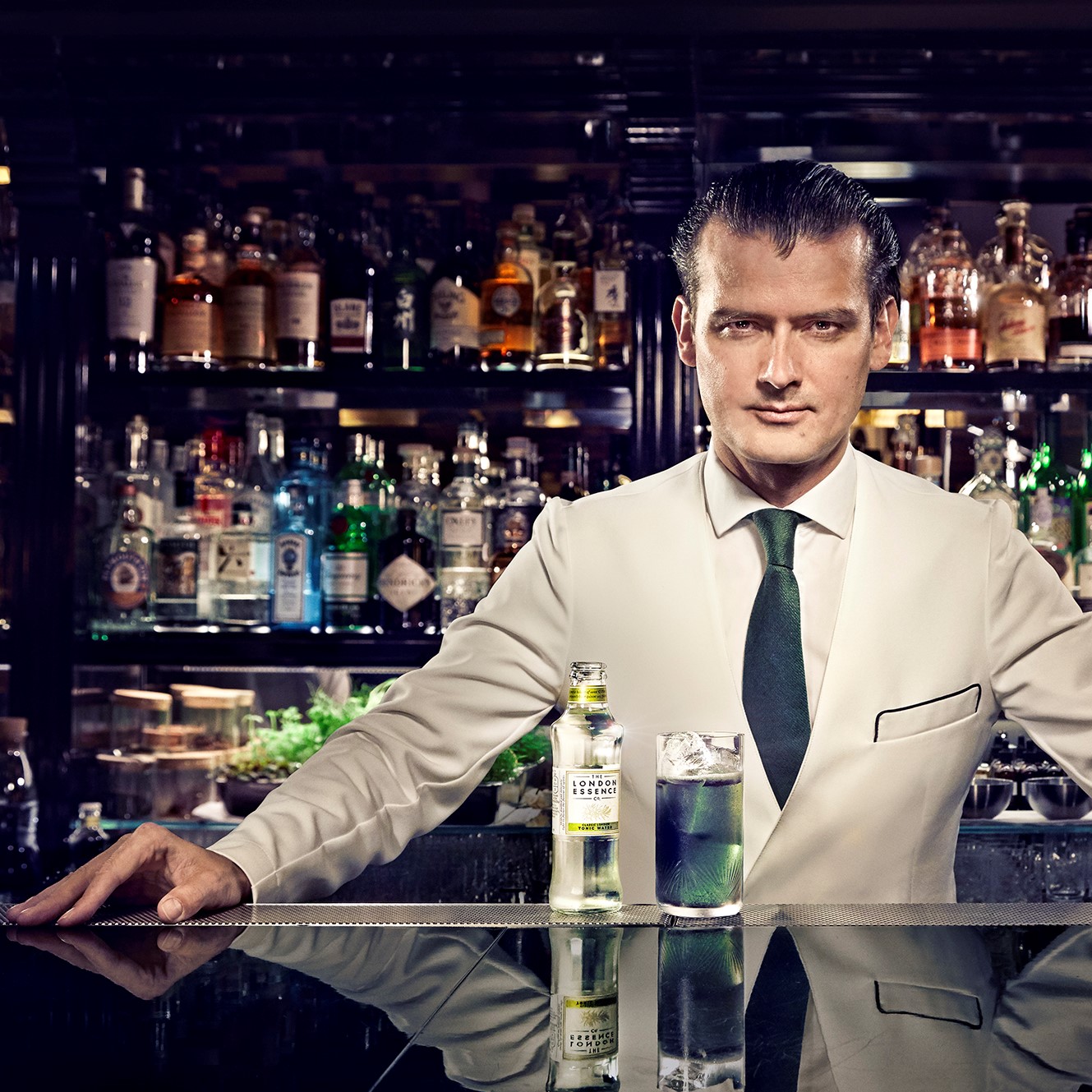 Years later, Erik has a broad portfolio of prestigious credentials under his belt. First, he rapidly ascended from bus boy to head bartender at Attica, where his passion and flair for cocktails was finally recognised.

This was just the beginning – he has since had a handful of roles at five-star establishments, such as The Purple Bar at Sanderson and The Connaught, both of which enjoy reputations amongst the most luxurious drinks destinations in London.

For a showstopping eight years, Erik also held the position of head bartender at The Savoy’s famous flagship, the American Bar. Here, his unique and evolving talent allowed the bar to flourish, until in 2017 Erik led it to victory when it was voted World’s Best Bar. The following year, American Bar was voted World’s Best again, this time by the Tales of the Cocktail Foundation. 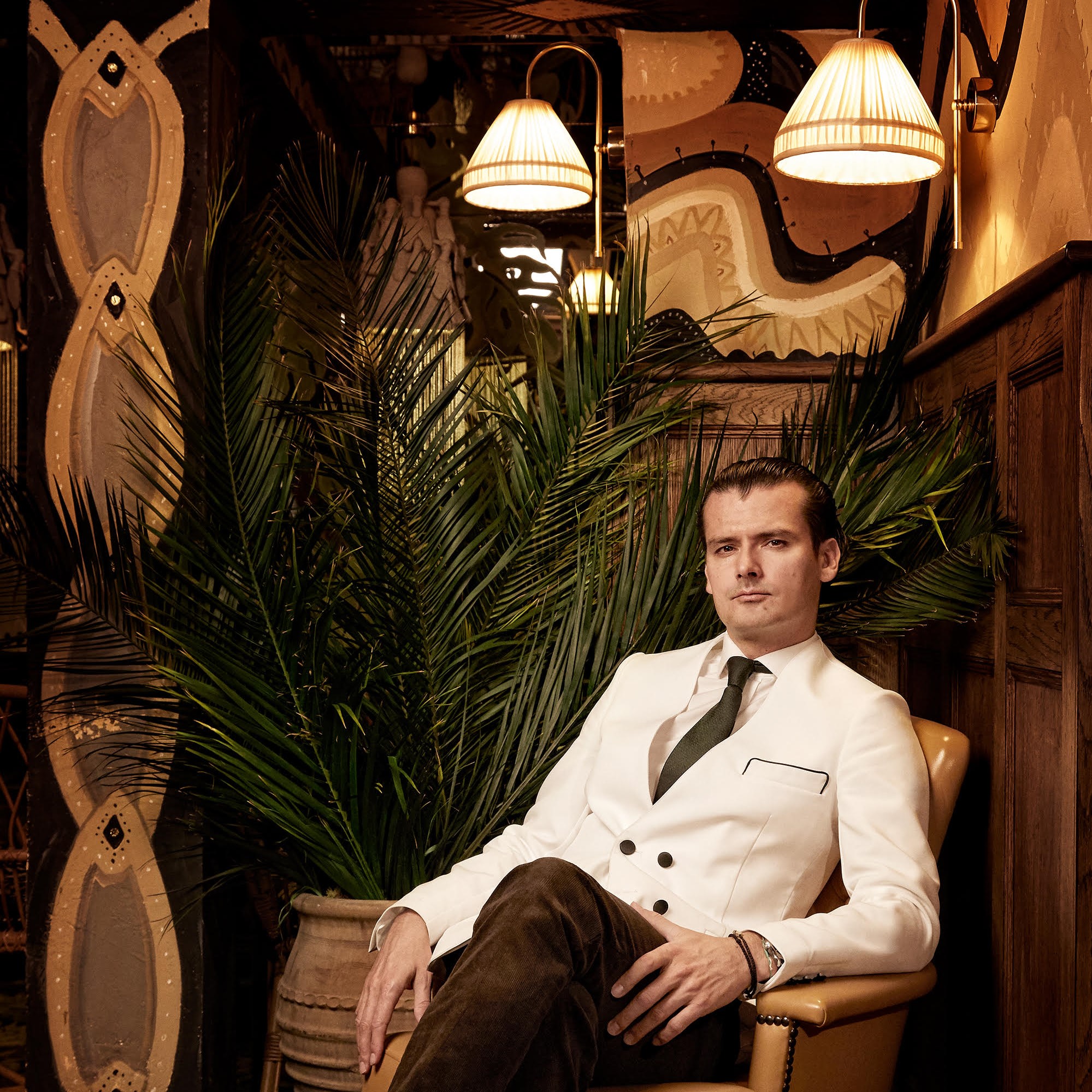 GOING HIS OWN WAY

After this spectacular feat at The Savoy, Erik decided to set his sights even higher, and his now one half of the creative duo behind Kwãnt. Named after a word meaning ‘attractively unusual, or old-fashioned’, Kwãnt is an opulent basement bar, situated under African-Mediterranean restaurant Momo.

This elegant central London bar may only have opened in 2019, but it’s already extremely highly regarded, currently ranking sixth on the World’s 50 Best Bars list.

Channeling the glamour of the old world with its rich, low-lit décor and focus on superb service, Kwãnt features a sophisticated menu to match. There’s a selection of vintage cocktails for those who favour the classics, as well as an array of more innovative, modern aperitifs, which showcase Erik’s creativity. It’s this stunning balance of style and substance which earnt Kwãnt the London Essence Best New Opening award in 2020.

The London Essence Company is delighted to be Erik’s premium mixer of choice, and at Kwãnt, several of the most popular cocktail recipes feature our tonics, sodas and gingers.

In an interview with The Sunday Times, Erik discloses exactly what it is that sets London Essence products apart within the industry. With health and well-being a more prominent collective concern than ever, ‘the sugar level in drinks has become very important’, says Erik. 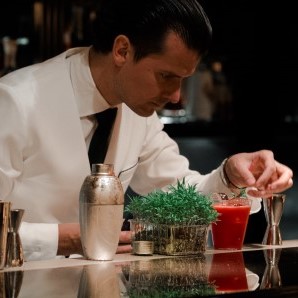 “Increasingly my customers ask for gin with slimline tonic. They are delighted when I tell them that instead we have a regular tonic that is lower in calories. And this is true for all London Essence Company mixers we use”.

Developed from carefully distilled botanicals to achieve the purest possible flavours, London Essence light and low-calorie mixers don’t lean too heavily on sugar for sweetness. Instead, our intricate process of flavour layering puts our core ingredients in the spotlight.

This is how London Essence tonics, sodas and gingers are able artfully coax out the finest elements of an accompanying spirit, rather than cloaking them.